The content of the Issue No. 16 consists of the review on “Independence of the judiciary”, the judgment update, etc.

The electronic version of the  Basic Law Bulletin from Issue No. 1 (March 2001) to the current issue is accessible on the Department of Justice’s website in  English, Traditional Chinese and Simplified Chinese version. (http://www.doj.gov.hk/eng/public/pub20030002.html)

The print version of the Issue No. 16 will be available in the Library soon. For holdings details of the print version, please refer to the library records:
(English version)  Basic Law Bulletin : http://library.cuhk.edu.hk/record=b2737826 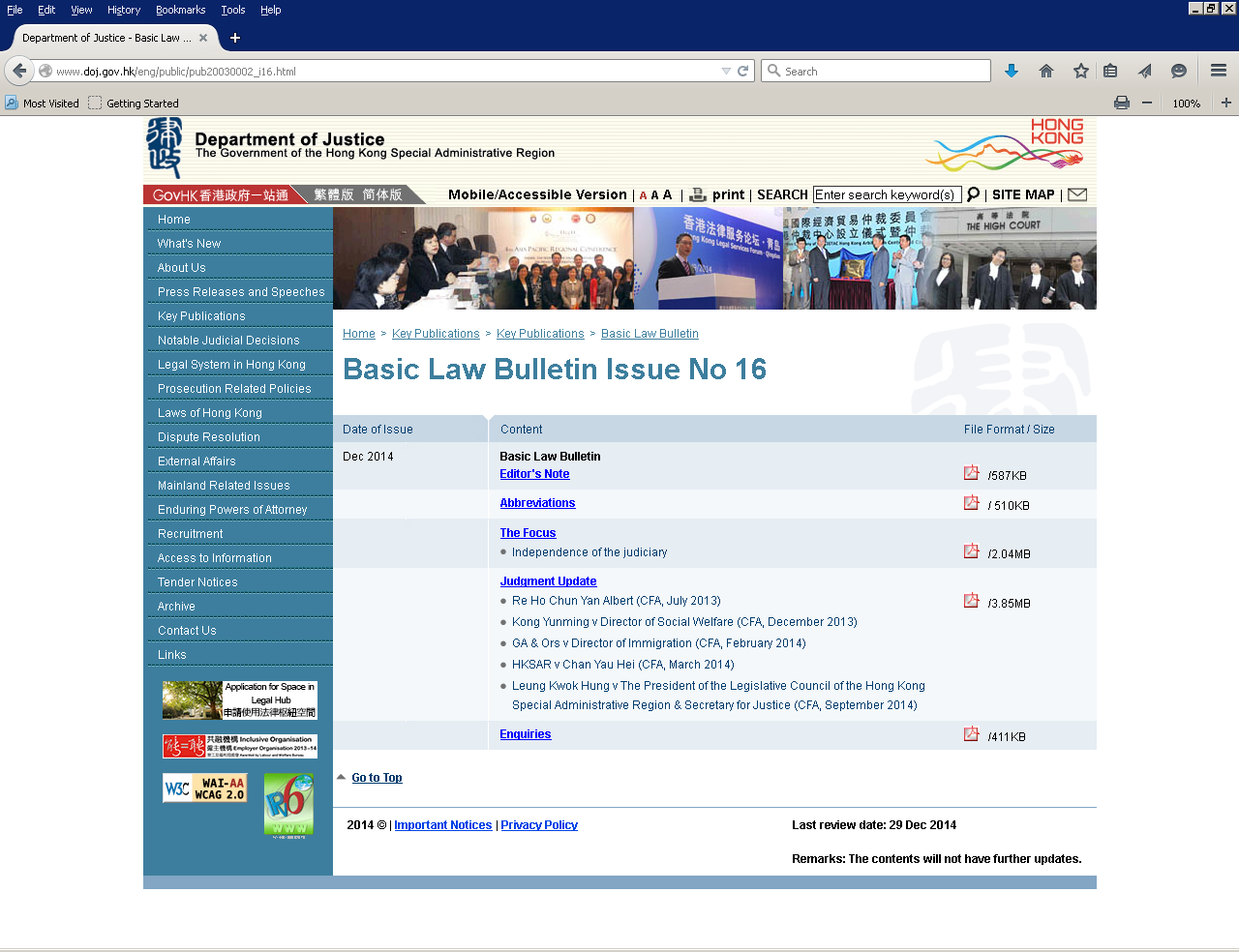 The Lee Quo Wei Law Library will add the following resource to the International Law webpage under the Selected Internet Resources.
Legal Recognition of Same-Sex Relationships

The global law firm Jones Day has launched a new website that comprehensively surveys and tracks changes in laws governing the legal recognition of same-sex relationships around the world. The site is available for use without charge.
The site summarizes the status of legal recognition of same-sex relationships in all U.N. recognized countries worldwide, including relevant sub-jurisdictions, such as each of the United States. A total of 292 jurisdictional reports are included on the site. The work on the site was coordinated as a pro bono effort by a multi-national team of Jones Day attorneys and staff. The site will be maintained as new court decisions and statutes change the laws.
Each of the jurisdictional reports included on the website indicates whether the jurisdiction grants any form of legal recognition to same-sex couples and, if so, provides answers to such questions as:

This year marks the 800th Anniversary of Magna Carta and its influence.

You may also refer to the electronic resources on the  Magna Carta on the CUHK Library website: http://easysearch.lib.cuhk.edu.hk/primo_library/libweb/action/search.do?mode=Basic&vid=CUHK&vl%28freeText0%29=magna%20carta&fn=search&tab=book_tab&

A Selection of books the library holds on the Magna Carta and its significance:

Brill Online Books and Journals has launched Brill’s MyBook program which provides an additional option to library users to purchase a print-on-demand paperback copy of books if our library has full text access to the e-books.

MyBook has a fixed price of €25.00 / $25.00 per copy. The shipping fee is free of charge, though value-added tax (VAT) will be added where applicable.

All books will be printed and shipped by Brill’s vendor in the UK within one working day. Total shipping time will range between 5 and 10 working days, depending on the shipping address. 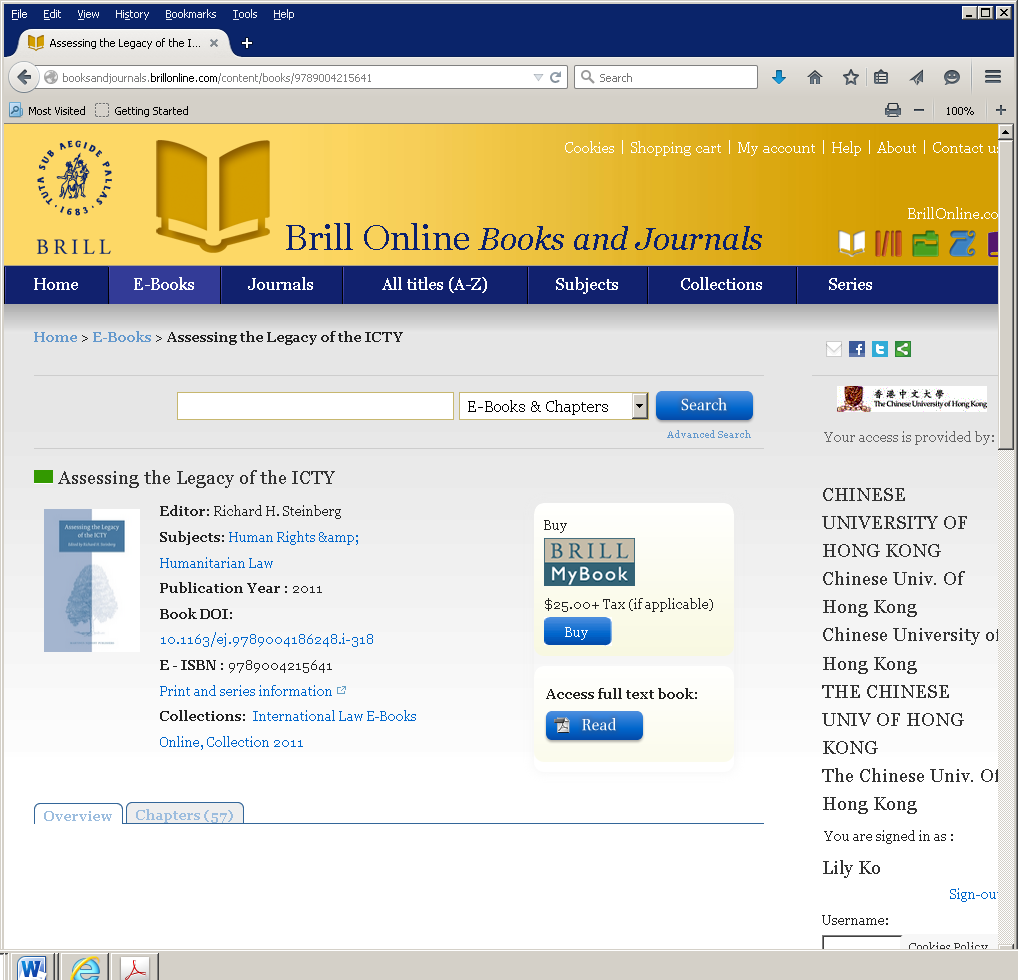